← Back to front page

Samuel Lampa presented on the Go Stockholm 2018 conference, on the topic of “Using Flow-based programming to write tools and workflows for Scientific Computing in Go” (Slides available in the link).

The talk described first some findings from our research on how Flow-based programming can be used in Go almost without frameworks, and ending with mentioning libraries developed in the group based on these principles:

Description of the event

Go Stockholm conference 2018 is the first full-day conference organized by the Go Stockholm meetup group, which has recently grown to over 700 members, and was hosted at Google Stockholm in their new Meetup space.

The conference featured a number of data science related talks, with one session wholly dedicated to data science.

Takeaways: How scientific software development can be made more flexible, robust and maintainable, by building on the component-oriented principles of Flow-based programming. 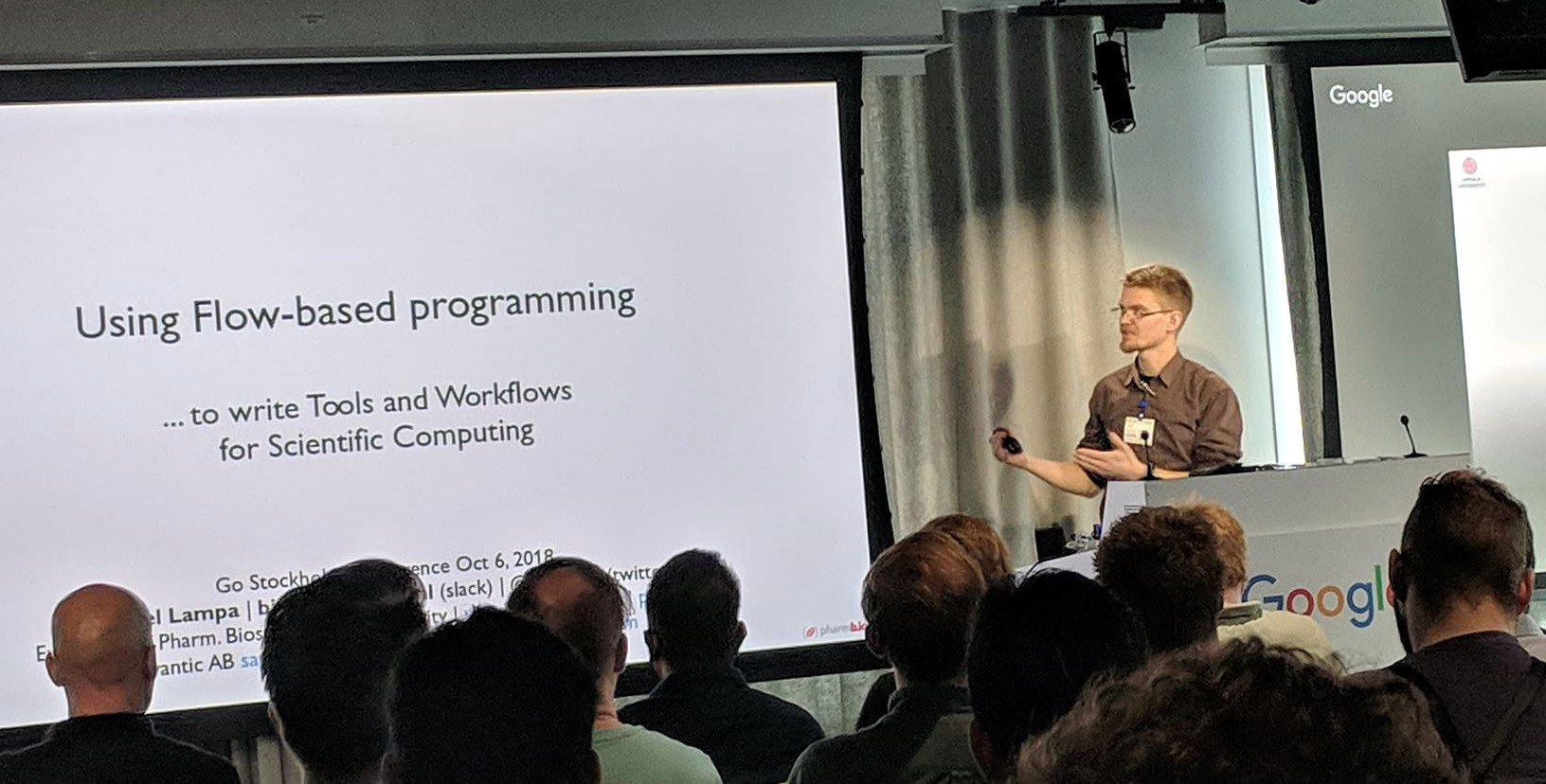